We are all enjoying winter study in Williamstown, and hoping for more snow so our ski teams can train more easily and Winter Carnival will be a wonderful weekend.  During January, Assistant Professor of Physical Education and Associate Athletic Director Carolyn Miles and Assistant Professor of Physical Education and Head Men’s Soccer Coach Erin Sullivan ran our emerging leaders program for sophomores.

Our fall teams had so many memorable moments: our men’s and women’s golf teams won their NESCAC Fall Qualifiers which means spring’s championship rounds will be played on our home course at Taconic. Women’s rowing finished up their fall races at the Head of the Fish in Saratoga and men’s rowing brought home gold at the Wormtown Chase.

Volleyball, field hockey, men’s and women’s soccer all qualified for  NESCAC championships. Field hockey, men’s and women’s soccer all hosted first-round games which launched them into the semi-finals. Women’s soccer made another deep run into the NCAA Championship falling short of the Final Four on penalty kicks.  Victoria Laino was named the NESCAC Player of the Year.  This fall marked the final season for storied coach Michelyne Pinard who leaves the program after 18 seasons with a career coaching record of 268-51-36 (.806), but even more importantly with a generation of Williams women whose lives have been enriched by her teaching, caring, and mentorship.

The football team’s successful season culminated in “The Walk” down Spring Street after their victory over Amherst on Homecoming Weekend.  Following the game, the 1989 team gathered with fellow football alumni for a reunion and celebrated their undefeated season. At that event it was my privilege to announce the establishment of the Dick Farley Scholarship, which honors the beloved Williams football and men’s and women’s track and field coach.  A small group of generous football alumni will match every Alumni Fund gift designated to the football program with a gift of equal amount to the scholarship so your own Alumni Fund gift will also support this scholarship.

Cross country won both the men’s and women’s NESCAC Championship with Aidan Ryan taking the individual title and named Most Outstanding Performer while Pete Farwell was named NESCAC Coach of the Year for men’s cross country. Both teams went on to place third at the NCAA Championship (men | women).

Recently the 2018-19 Director’s Cup was presented to President Mandel at the alumni track meet in the resurfaced Towne Field House.  As always we are proud to accept this award honoring the work our coaches and our students put into striving for excellence. 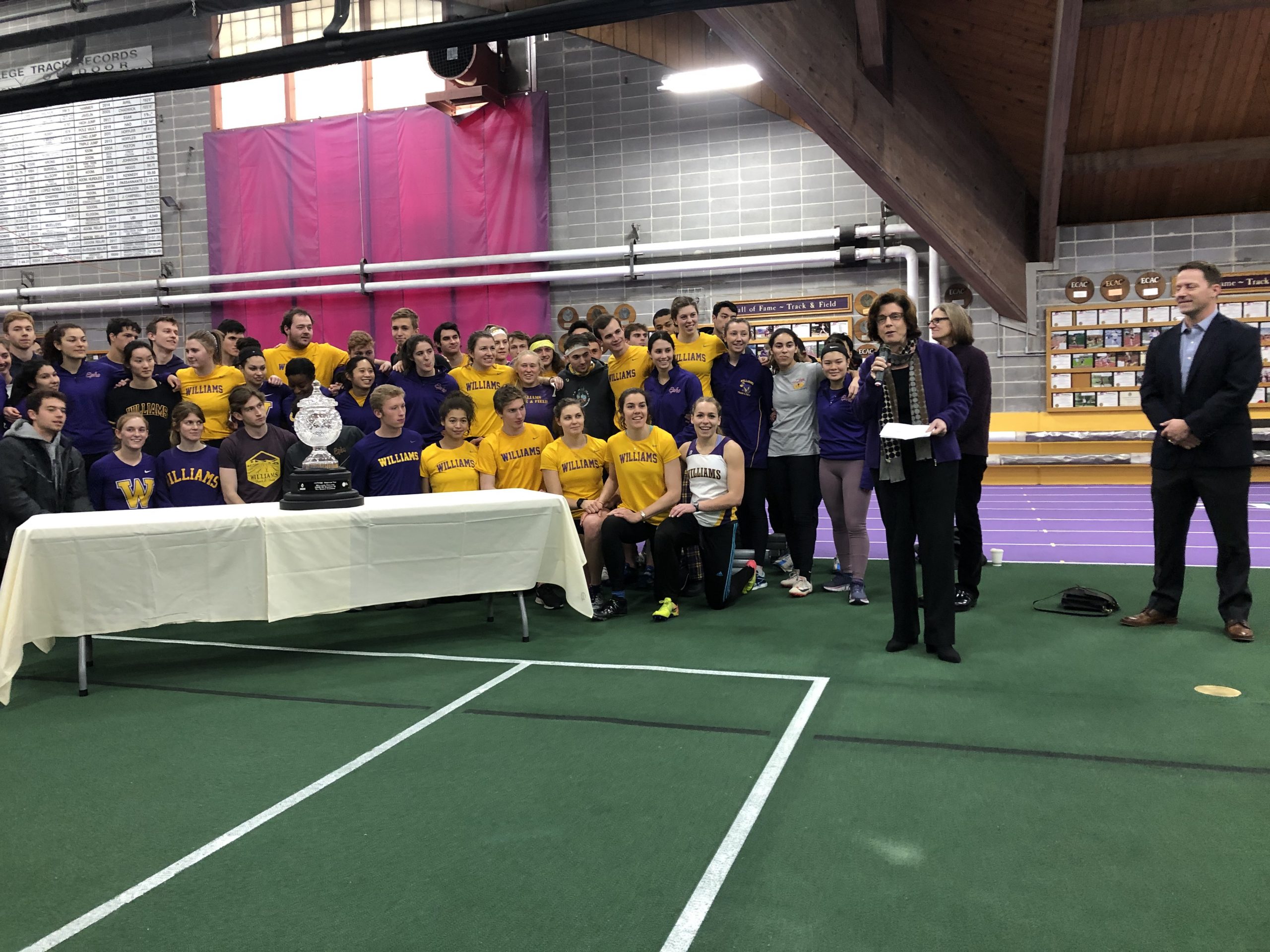 I hope to see you out supporting your Ephs in town or on the road.  Visit our athletic website at ephsports.williams.edu for the latest news, schedules, and results.

All the best and Go Ephs,

Winter Sports on the Road during Winter Break
Athletics MENU

In response to COVID-19, activities and programs at Williams are canceled or postponed until further notice. See information and updates on Williams COVID-19 response.