Get the latest scores and updates for your Eph Athletes 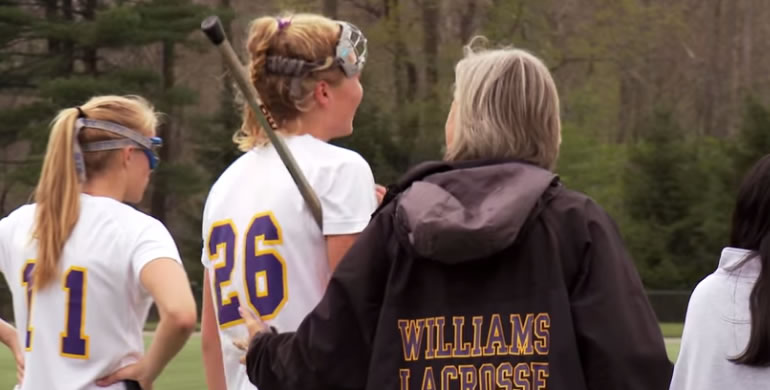 Through June of 2015 Williams has won 18 of 20 Directors’ Cups awarded in NCAA Division III, including a streak of 13 in a row from 1999-2011. With more than 300 schools each year scoring points, the Directors’ Cup is emblematic of athletic superiority and points in the Cup competition are awarded based on a school’s finish in NCAA post-season team championships. Williams won the first Directors’ Cup awarded in 1996 and repeated in 1997. The Directors’ Cup honors institutions that excel athletically, achieving success in many sports.

The Ephs athletic success is all the more impressive when you factor in how highly regarded Williams is as one of the nation’s most selective colleges and its annual ranking among the top liberal arts colleges in the nation.

Covid-19 is an ongoing concern in our region, including on campus. Safety measures are in place, and campus community members and guests are additionally advised to take personal precautions. See the college's Covid-19 website for information about campus policies. For the latest research and recommendations from the CDC, visit cdc.gov/coronavirus.