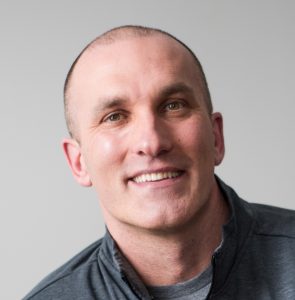 Rob Livingstone is in his 11th year as part of the coaching staff at Williams College as the Director of Sports Performance.  Rob has over 22 years of strength and conditioning experience.

Over his coaching career, Rob has trained numerous Olympic and professional athletes. He has also trained five, 1st round MLB draft picks and two, 1st round NBA draft picks and numerous NFL players. Coach Livingstone has a diverse training background. In addition to his work with collegiate and professional athletes, he has trained elementary, middle and high school student-athletes as well as adults. Coach Livingstone has been a strength and conditioning coach for Jacksonville State University, Philadelphia Phillies Organization, Jacksonville University, University of Georgia and Norcross High School.

Rob and his wife Samantha reside in Williamstown with their four daughters; Kylie, Jayden, Mia and Reese. 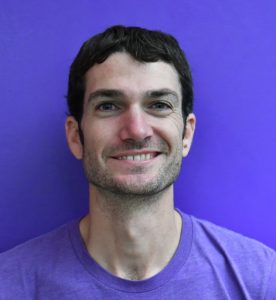 Marshall is entering his 15th year at Williams. He has been a member of Williams Sports Performance in some capacity since 2010. After coaching college football for 14 years (10 at Williams), Marshall transitioned into his current role as a year round strength coach in the fall of 2016. He currently serves as the primary point person for training M/W Tennis, M/W Golf, M/W Crew, Mens Basketball and Field Hockey. Marshall also serves as the liaison to the Sports Medicine staff. Marshall is currently certified by USAW.

Marshall is an active participant within the department, across campus and in the community. He has served on and participated in numerous department wide committees and initiatives. Marshall has also served on the Faculty Compensation Committee, Benefits Committee, Claiming Williams Steering Committee, Ad Hoc Committee on Housing and TeamEph First Days Orientation. He is also a member of the Williamstown Cal Ripken Little League Board of Directors and a travel basketball coach for Greylock Youth Basketball. He is a supportive colleague and loyal Eph who is interested in the success of the entire enterprise and community as a whole.

A 2002 graduate of Williams, Marshall began his football coaching career at Northeastern University during its 2002 Atlantic-10 Championship season. The following season Marshall joined the staff at Tufts University where he worked on both sides of the ball over three years. Marshall also received a MA in Educational Studies while at Tufts.

As a player, Marshall was a member of three NESCAC Championship teams and two undefeated teams. He shared time as the starting Quarterback in 2000 and started at Cornerback in 2001. He was awarded the Dr. Edward Coughlin Award for overcoming adversity after his senior campaign. Marshall attended Bethesda-Chevy Chase HS in Bethesda, MD where he was an all-league player and captain for the football, basketball and baseball teams.

Marshall and his wife, Liz (a former Ephs basketball player) reside in Williamstown with their sons, Cole and Clay. 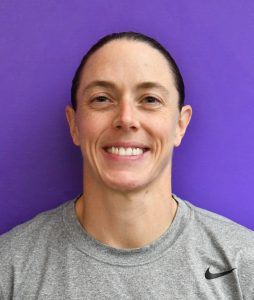 In 2009, Christi Kelsey was hired to take over the reigns of the Eph Volleyball Program. In her inaugural season, Kelsey helped guide the Ephs to the 2009 NESCAC Championship and a Sweet 16 appearance in the NCAA tournament.

The Ephs program tradition is rooted in dedication, hard work, and excellence in the classroom, and on the court.  Prior to being hired as head coach at Williams, Kelsey served as the first assistant for Harvard University. While with the Crimson, Kelsey provided on-court coaching, team development, and served as Harvard’s recruiting coordinator.

A 2000 graduate of Purdue University, Kelsey majored in business and minored in information systems. She was a four-year participant for the Boilermakers in volleyball and earned First Team All-Academic Big Ten honors twice, while being named to the Dean’s List seven straight semesters.

In 1998 Kelsey was named a Mortar Board Co-Top Scholar Athlete at Purdue and in 1998-99 she earned the Helen B. Schleman Academic Achievement Award. 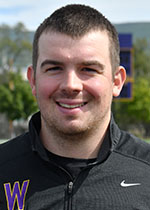 Brandon Gruver joined the Williams College track staff in October of 2016 and currently oversees the development and installation of all T&F performance programs.

Most recently Gruver served two years as an assistant coach at the University of Montana. At Montana he led the pole vaulters and assisted with the sprinters, jumpers, and multi-event athletes.

During his time at Montana he helped guide athletes to four individual Big Sky conference titles including the heptathlon and long jump. Prior to Montana, Gruver served two years as an assistant coach at Bates College. At Bates Gruver worked with the pole vaulters, sprinters, jumpers, and multi-event athletes. He assisted with two multi-event athletes who earned All-America honors and helped guide a pole vaulter to two NCAA championship appearances.

Gruver is a graduate of Springfield College, where he earned a B.S. in Applied Exercise Science. He is currently completing his M.S. in Exercise Science from the University of Montana. 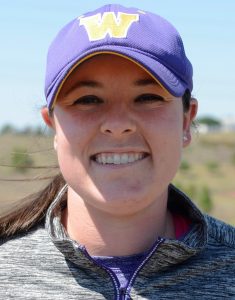 Mackenzie joined the Williams College softball staff in September of 2017 and the sports performance staff in 2019.

Keyes has been actively involved in youth softball, working as both a private hitting instructor and a travel softball coach for the Connecticut Outlaws organization from 2013-2016.

A native of Mechanicsville, Va., Keyes earned a Masters of Education from the Center for Sport Leadership at Virginia Commonwealth University in 2017, where she worked as a graduate assistant in the Athletics Communications office.

Keyes graduated from Central Connecticut State University in 2016 with a B.A. in Communication and a concentration in Public Relations. She was also a member of the Blue Devils softball team for four seasons. During her tenure at CCSU, the Blue Devils won two conference championships in 2013 and 2015.

She has certifications through OnBaseUniversity Hitting Level 1 and Driveline Baseball Coaches Hitting and a pending PhD in Health and Human Performance with a focus on kinesiology/exercise physiology.

Covid-19 is an ongoing concern in our region, including on campus. Safety measures are in place, and campus community members and guests are additionally advised to take personal precautions. See the college's Covid-19 website for information about campus policies. For the latest research and recommendations from the CDC, visit cdc.gov/coronavirus.