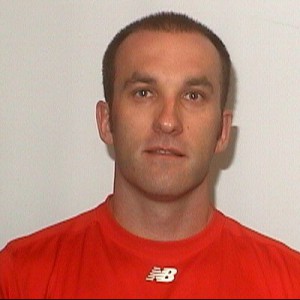 Rob Livingstone (MS, CSCS, SCCC, USAW, CPR) was named strength and conditioning coach at Williams College in June of 2011. He has had a long history of working with Major League Baseball players, Olympic, and NCAA Division I athletes.

In 2002 Livingstone designed and implemented a safe and effective strength and conditioning program for the Clearwater Phillies, a minor league team in the Philadelphia Phillies organization. Livingstone traveled with the team for away games and coordinated off-site workouts, reporting team progress weekly to the Philadelphia Phillies’ Director of Minor League Strength and Conditioning

From 2003-05 Livingstone was the head strength and conditioning coach at the University of Georgia for baseball, men’s basketball, track & field and swimming and diving. 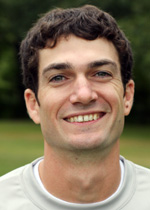 A 2002 graduate of Williams College, Marshall returns for his 7th season back in the Purple Valley after stints at both Northeastern University and Tufts University.  Creighton began his coaching career at Northeastern immediately following graduation.

During the 2002 Atlantic-10 Championship season Marshall worked as an Offensive Assistant, assisting in all phases of weekly preparation and with the Quarterbacks.  The following season Marshall joined the staff at Tufts University where he coached on both sides of the ball, working with the Wide Receivers and Linebackers.  Marshall also received a MA in Educational Studies from Tufts University.

As a player, Marshall was a member of three NESCAC championship teams and two undefeated teams.  He shared time as the starting QB in 2000 and started at CB in 2001 and was awarded the Dr. Edward Caughlin Award for overcoming adversity after his senior campaign. 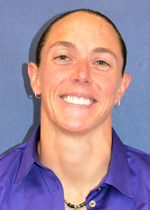 In 2009, Christi Kelsey was hired to take over the reigns of the Eph Volleyball Program. In her inaugural season, Kelsey helped guide the Ephs to the 2009 NESCAC Championship and a Sweet 16 appearance in the NCAA tournament. Coach Kelsey now is heading into her fourth season as head volleyball coach.

In the 2010 and 2011 seasons, the Eph squads continued to put up strong performances in New England, while battling it out against fellow opponents in the talented, deep, and competitive NESCAC conference.

The Ephs program tradition is rooted in dedication, hard work, and excellence in the classroom, and on the court. During Kelsey’s tenure, the team and individual players have earned the following honors:

Prior to being hired as head coach at Williams, Kelsey served as the first assistant for Harvard University. While with the Crimson, Kelsey provided on-court coaching, team development, and served as Harvard’s recruiting coordinator.

Kelsey’s other volleyball and coaching experiences have included:

A 2000 graduate of Purdue University, Kelsey majored in business and minored in information systems. She was a four-year participant for the Boilermakers in volleyball and earned First Team All-Academic Big Ten honors twice, while being named to the Dean’s List seven straight semesters.

In 1998 Kelsey was named a Mortar Board Co-Top Scholar Athlete at Purdue and in 1998-99 she earned the Helen B. Schleman Academic Achievement Award.